Value of a Catholic Education 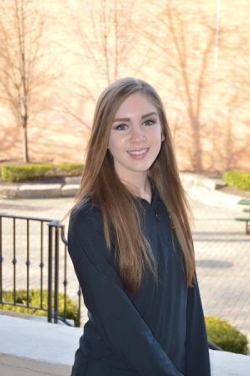 “Academic achievement and spiritual development are hallmarks of Catholic Education. It bestows on our youth a guiding set of principles, which becomes the lamp to light a path through life’s experiences.” – Fireside Catholic Publishing

Read 2011 SASEAS School graduate, Lauren Fischer’s winning essay on what her Catholic education has meant to her.
Fireside Essay – by Lauren Fischer
The stars had never seemed as brilliant as they did on that Appalachian mountaintop.
Though our group was sizable in number, we were silent as we made our way up the trail, clicking off our flashlights as we neared the summit, each branching off in a separate direction, seeking a quiet space for reflection. I quickly found a niche that was all my own, a place away from the group, where I could lay in the grass, feet tangled in the earth, eyes fixed on the sky above - a blanket of velvet night, thousands of stars woven delicately and deliberately into its threads.
“We are children of the stars,” I recalled from earlier in the day. “Children of God. And the light shines within us.”
Up until that night, early into my senior service retreat, I had never felt such an adamant appreciation for all that my Catholic education has granted to me. Religion classes have been part of my daily life for nearly twelve years now - I’ve taken courses from Morality to Hebrew Scriptures, Church History to Media and Values, and nearly everything in between.  I can explain to you how the Council of Trent transformed the Church during the Reformation, tell you which pope presided over the trial of Martin Luther, and spark a conversation about the themes of Catholic Social Teaching outside of my school’s religion hall (which, yes - has happened before). All of these classroom lessons have meant a great deal to me, but in truth, it is the real-world experiences that have had the greatest influence on my faith and character. Without faith finding its way into my high school journey, I would have no memories of prayer shared around the fireside, or of singing “Amazing Grace” to a crowd of complete strangers.  Without the years spent in constant awe of the impact of God’s presence on a community such as ours, I would not be who I am today.
If there is a single lesson that I could take away from my years of Catholic education, it would be this: the spirit of Christ lives inside us all. It was a lesson I learned to appreciate during the summer of 2014, when I spent a week working with the Society of St. Vincent de Paul, located in a part of my city that I had once feared to even set foot in. There, it seemed that every barrier I had once put up against the world, every preconceived notion and prejudice that I had once held, had been broken down by the spirit of community and the overwhelming presence of the Lord that I witnessed in those who had nothing to offer but their love and friendship.  During that week, the culmination of my religious education was called into the forefront as I stepped outside all boundaries of my comfort zone. In taking my dinner in a soup kitchen, I found that the company of strangers could far exceed that of any I had experienced before – it was the most joy I have ever found in sharing a meal. I was welcomed into the community in a way I never thought possible as I struck up conversation with a homeless couple, sharing my dessert with them outside a busy marketplace before parting ways with nothing but smiles and well-wishes. Later that evening, I reflected in my journal: “Through my service, I have realized that within the comfort of our own homes, or in our own places of worship, everything feels safe.” I wrote.  “Though we pray for the poor, we are rarely in a place where we come face to face with those living in poverty.  In the streets, however, the veil seems to have been lifted, as we are finally able to put a face to those who dwell in our intentions.”
My years of Catholic education have taken me on a journey to the depths of my understanding of what it means to be a child of God, allowing me the space to grow, the resources to develop my talents, and the support of a community that has been at my side through every trial and tribulation that life could throw my way. Faith has inspired in me a desire to serve others, a spirit of solidarity with those of lesser fortune, and a longing to know the love of Christ – the light that shines within me.
Print